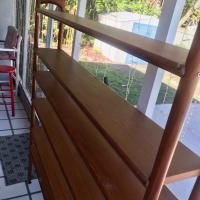 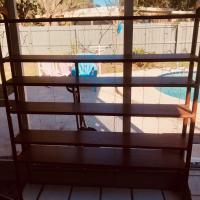 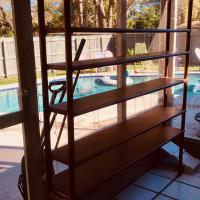 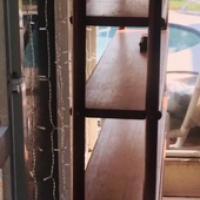 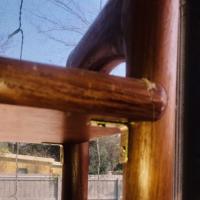 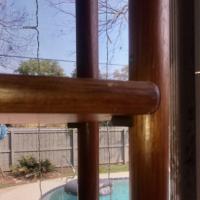 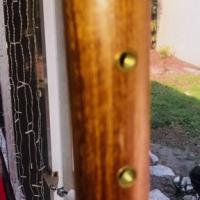 I bought this bookshelf in 1998 used. I believe it’s Scan Design but I don’t know how to identify. And I’m not sure what the style is called retro? Mid century? Modern retro? I believe it is made out of teak. Solid wood bookshelf in good/decent shape 71Hx61Wx11D I’ve had it over 20 years and I bought it used, not sure how old it is. I think it was originally from Scan Design. It was wobbly from many moves so I had it reinforced . It can’t be disassembled anymore. Has random small scratches, some wood glue spots and a small burn spot in the underside of one of the shelves from a lamp. .

Appraiser's Description:
One Mid Century Modern Open Bookcase, Teak construction.
Appraiser's Remarks:
Pieces like this were designed after Danish Modern examples made after World War Two,most of the Designer pieces are well marked and documented. Most unmarked examples like this were made into the 1970's, imports from Scandinavia and Italy, values for them are about a tenth what the price would be for a comparable signed designer piece.
Estimated Value:
$450.00- $650.00