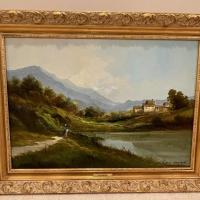 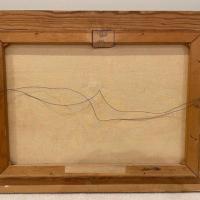 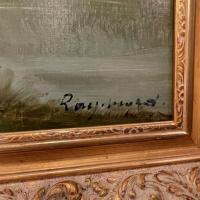 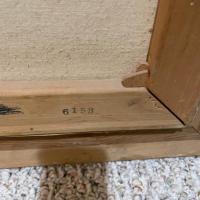 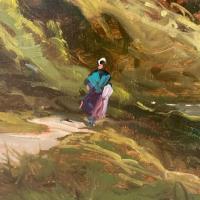 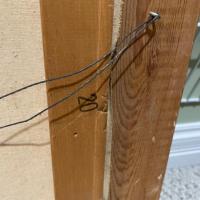 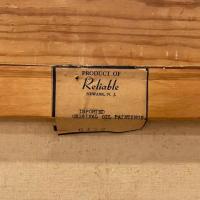 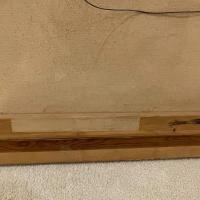 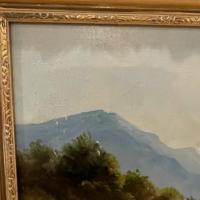 Raymond fine art painting lot #6153. ( Does the catalog for this company's lot numbers still exist?)Also has another lot # 20 stamped on the side of the frame. I would like to know what the #20 is for ( see pictures) Old cloth like canvas not papered on the back. Has faded description on bottom. product of Reliable Newark N.J. Imported original oil paintings.

Appraiser's Description:
One Mid 20th Century Oil Painting of a Country Landscape, Signed "Raymond". Labeled on the reverse of the frame by the importer , "Reliable, Newark, NJ."
Appraiser's Remarks:
Based on the images and the marking, this is an Mid 20th Century example of "Decorator Art" imported and distributed by Reliable, Newark, NJ. during the 1950's through 60's. Reliable's major client was the Macy's department stores, but were also sold by smaller Decorator stores. The company purchased paintings made under contract from Art wholesalers, the Artist are generally unknown, quite often the paintings made in batches of the same subject with minor changes.. This is an unlisted artist, and would only have decorative value. Paintings of similar subject matter, quality, age, and style sell for $100-250 at auction.
Estimated Value:
$100.00- $250.00