My Old Video Games are Worth How Much? 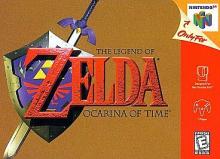 Video games have been around since 1958 with the release of a tennis video game that was showcased at the Brookhaven National Library. From then, video games have been a hit with not only kids but also adults, winning the world over with entertaining game mechanics and interactive storytelling. Throughout the 70’s and 80’s, video games really started to hold their own with the release of the Magnavox Odyssey and the Atari 2600 in 1982. From then on, video games would begin to hold a special place in player’s hearts, and the world of collecting video games would begin to blossom.

The nostalgia that some pieces of video game memorabilia hold is immense, as the experiences that immersive video games played in some people’s lives still allows them to experience similar feelings today. For example, a sealed copy of The Legend of Zelda: Ocarina of Time for N64 that is graded highly by CGA (https://cgagrading.com/) could fetch prices in the $5,000-10,000 range. The game was only released in 1998, but the nostalgia that this game would create for a collector is priceless, driving up the price into the thousands of dollars.

On the other side of the hobby are the one-of-a-kind games that most people would never be able to get their hands on. One example would be something like the 1990 Nintendo World Championships Gold NES cartridge, which was only given to the players who won the competition as it moved around the United States. About 1,000 of these cartridges were made, but they marked an important point in the history of video games, so they are worth a pretty penny, driving up a price of around $100,000 dollars today. There are also games like Gamma Attack, which is priceless and has been sold at a price of $500,000 dollars at auction, however there is rumored to only be the one in existence, so that one doesn’t really count.

Although the world of collecting vintage video games sounds very fun and nostalgic, it is a seriously expensive endeavor if someone wants to make it their hobby. Unless you are very good at trading or selling up the ladder of games to get to the top and finally get your hands on that sealed original Super Mario Bros. box, you’ll be out of a fortune if you want to start a collection of vintage video games. However, if you do own one of these vintage games sealed in its original packaging and in good condition, you can try selling it for a good amount of money and potentially start collecting other games that mean more to you. The world of collecting vintage video games is a world of nostalgia and memories, so finding the right games for your collection depends on what you grew up with and loved, but once you find that one game that tickles your fancy, it might be the catalyst to starting your own collection.