Andy Warhol's famous '100 Cans' poster signed by Andy Warhol. I had Andy sign it at the opening of Famous Amos Cookies in Hollywood circa 1979. My cousin, who happened to be one of Andy's best friends (curator of the Met - Henry Geldzahler) gave me heads up that Andy was going to be there. So, I went to Westwood with a friend of mine and we bought two '100 Cans' posters and then drove down Sunset Blvd. to the opening of Famous Amos cookies. Andy was extremely reluctant to sign it, but I mentioned my relation to Henry and he signed it immediately. The signature has faded over the years, but you can still clearly see that it says "Andy" on it.

I have no idea what this would be worth, but I believe it to be one of only two '100 Cans' posters in existence that he ever signed.

I would consider selling it to the right person.

Something like this really needs the service of a specialist In Warhol artwork and prints to properly evaluate and is really beyond the scope of any online appraisal format.

Thank you. Yes, it's such a specialized and unique item that I understand.

Price Paid (If known)
$20.00 for the poster I believe
Photos 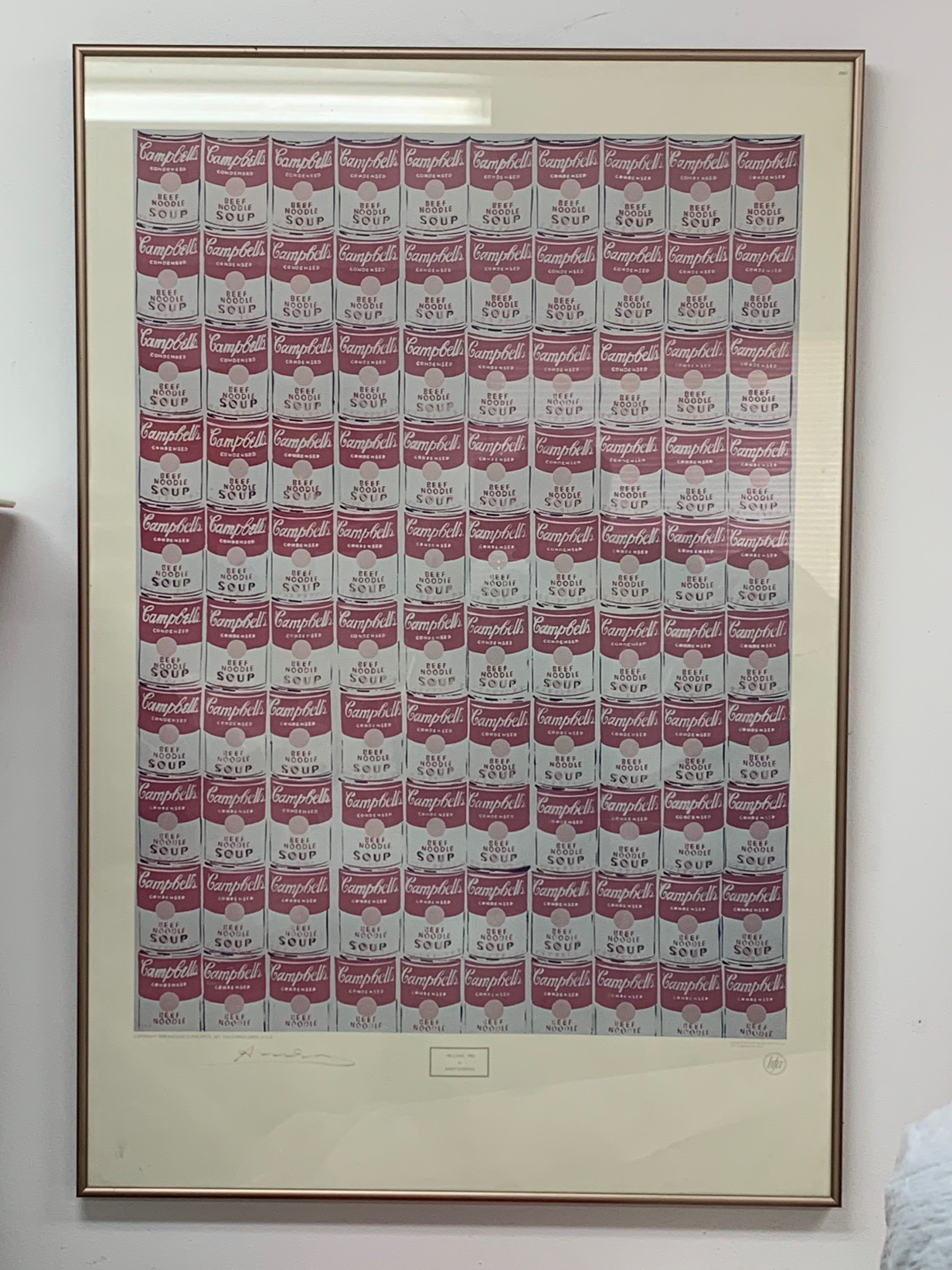 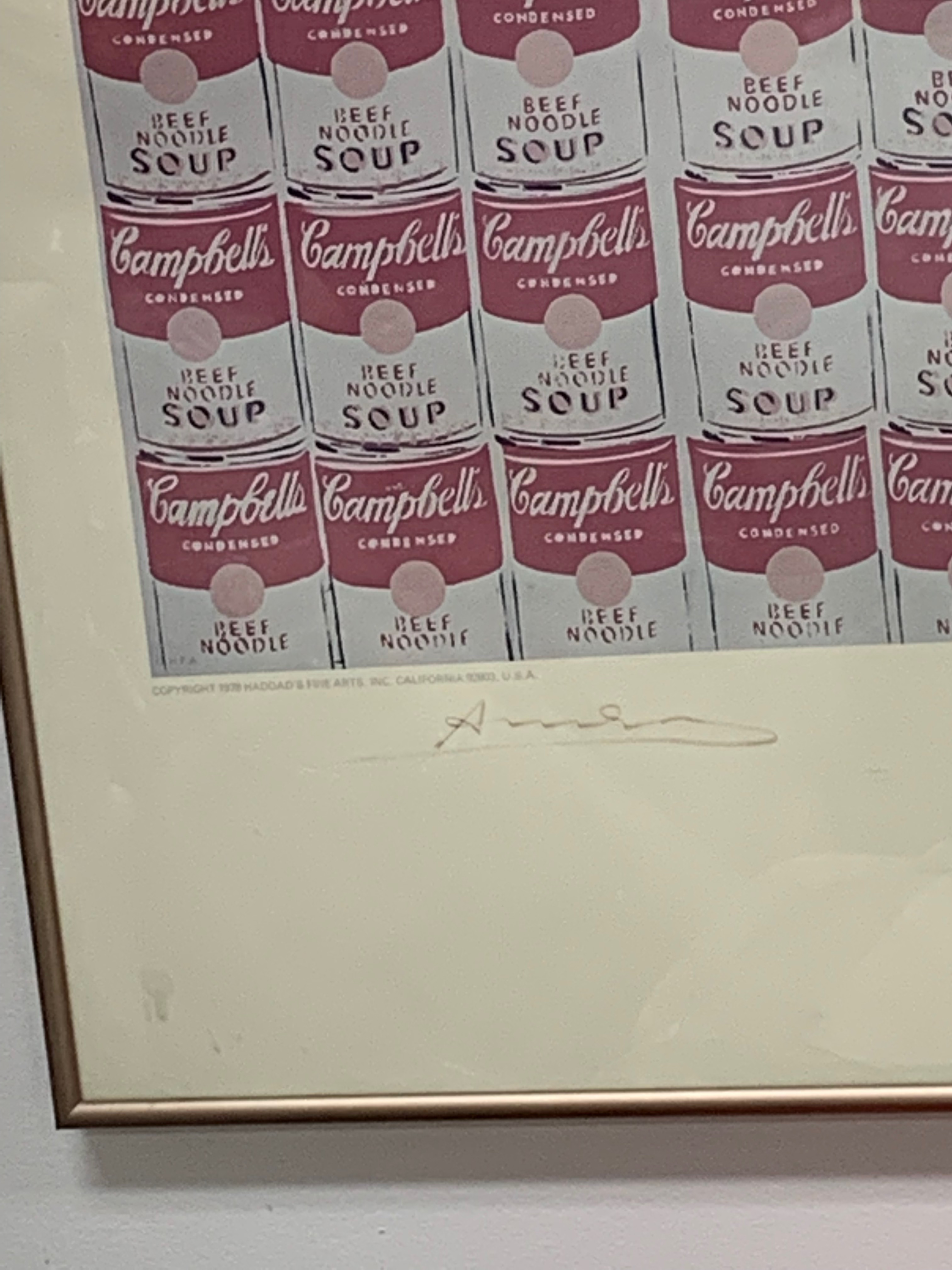