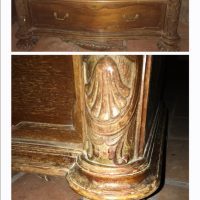 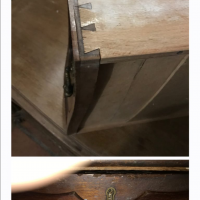 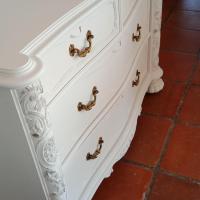 Category:
European Furniture
For Sale?:
No

Appraiser's Description:
Late 19th Century Dresser
Appraiser's Remarks:
It's difficult to determine the exact age of this piece without seeing the back of it. It looks like a "Centennial piece" made during the last quarter of the 19th century (1875-1900). These were made to resemble American Colonial and Federal furniture due to the popularity for such furniture at the time of the American Centennial (1876) through the 1920's. We'd retail a comparable restored and painted for about $450.00.
Estimated Value:
$450.00