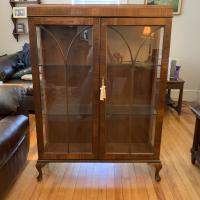 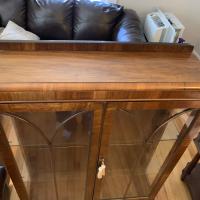 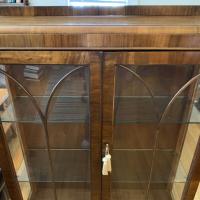 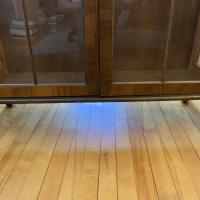 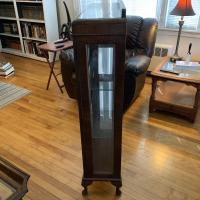 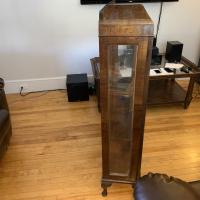 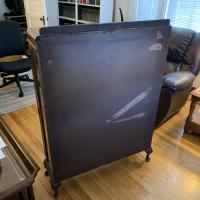 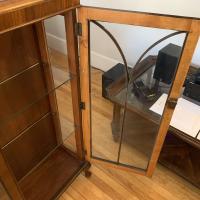 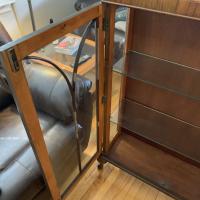 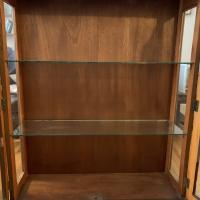 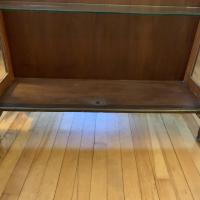 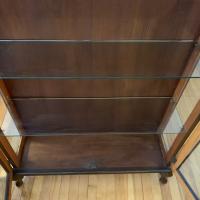 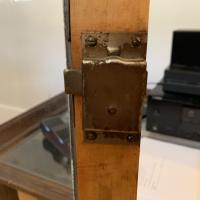 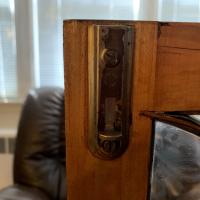 My family has had this book case for many years and I have no idea it's value or who made it.

I'm hoping to get more info on it! I know nothing about antique book cases. Thank you.

Category:
American Furniture
Condition:
Good
Medium:
wood and glass, veneer
Distinguishing marks:
None that I could find
Date Period:
I am not sure, at least 50-75 years old I would guess.
Size and dimensions of this item:
51x36x10
Weight:
Approximately 50 pounds, maybe more I don't really know.
History:
My parents had it, I think they received it from their parents.
For Sale?:
No

Appraiser's Description:
One 1930's China Cabinet
Appraiser's Remarks:
Your cabinet dates from the late 1920's to mid 1930's and is most likely a European import, very similar to those produced in England and France in the run up to World Wat Two (1939). Similar cabinets were imported in great numbers during the 1980's and sold wholesale to Antique dealers. Values depend a great deal on the condition of the veneer and the finish, examples needing any kind of restoration generally sell for under $600.00.
Estimated Value:
$400.00- $600.00