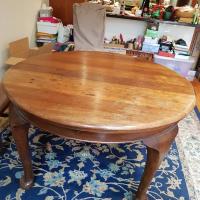 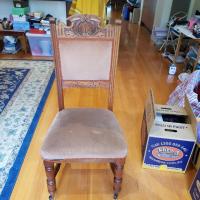 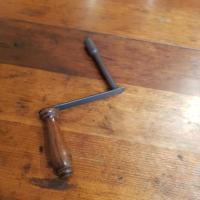 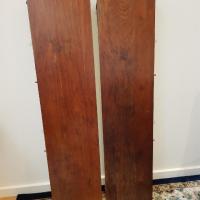 Hello, my mother is downsizing and we are considering whether to sell this antique dining table and four chairs. This belonged to my great grandmother, so is likely 100+ years old. Has a crank to extend from a round 130cm table to an oval 190cm table via two inserts. Unsure of the wood, is located in Australia. Some minor repairs required on some of the upholstery seams on some of the chairs.

Would anyone have a view on how much this would be worth?

Appraiser's Description:
One Queen Anne Style Table and Four Chairs
Appraiser's Remarks:
Based on your images this table and chairs are not a set, they are essentially two different styles. The Table is in the style of English Queen Anne period examples, the chairs loosely based on English Jacobean examples. Both however are contemporary in age dating from the turn of the 19th Century to about World War One (1914). Demand for furniture like this last peaked in the late 1980's to early 90's, but has declined a great deal since then. Currently comparable sets often sell for under $1000.00, even if in very good condition.
Estimated Value:
$400.00- $600.00