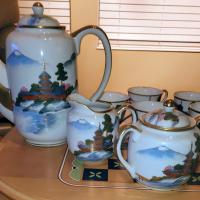 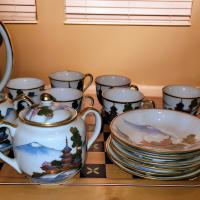 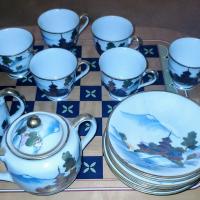 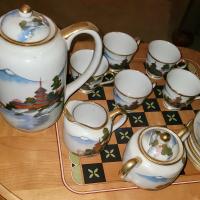 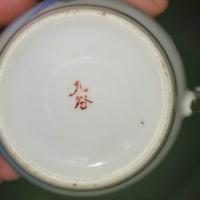 Looking to get an estimated value of this Japanese tea set. All pieces of this have a Japanese looking marking on the bottom of them.

Appraiser's Description:
Japanese Kutani Tea Set for 6
Appraiser's Remarks:
This is a Japanese Kutani set, made during the late 19th Century. The word Kutani means Nine Valleys and is the name of an area and a village. The two characters that make up the word Kutani consist of the character for "nine", ku and "valley". Since Kutani is a place, almost all pieces marked Kutani were decorated there by the many manufacturers or trading shops, rather than just a single factory. Such sets were made in large numbers for the export market, so values are relatively modest for them unless they carry the markings of a well known decorator.
Estimated Value:
$150.00- $200.00