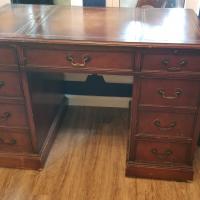 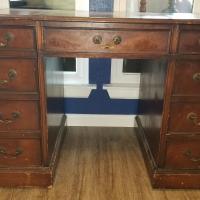 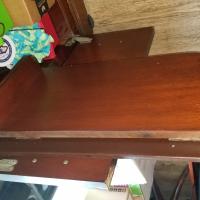 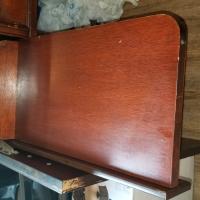 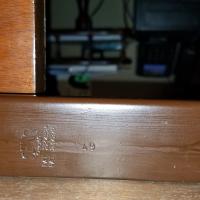 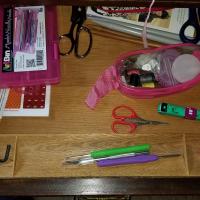 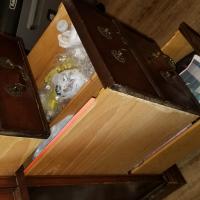 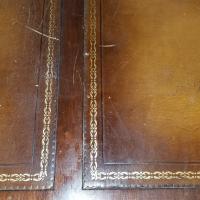 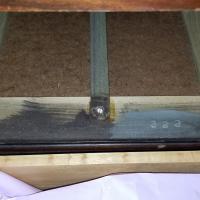 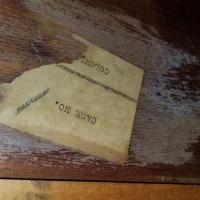 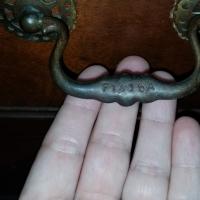 Appraiser's Description:
One Colonial Revival Desk
Appraiser's Remarks:
Your desk is in the Colonial Revival Style which has gone in and out of popularity a number of times sine the late 1870's, desks like this one made from the first quarter of the 20th century through the 1950's. The "Seng" marking on yours is of the company that made the hardware and metal fittings for it. The Seng Company introduced the systematic production of metal parts to supply the growing industry of mass produced furniture, eventually becoming the largest manufacturer of metal parts and fixtures for furniture makers. Desks like this one were generic, mass produced by most of the major manufacturers in the business, without a named label, determining a maker is impossible. Values for examples in need of refinishing or repair is generally under $150.00.
Estimated Value:
$150.00