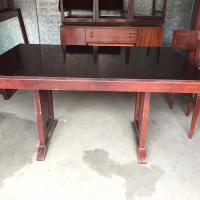 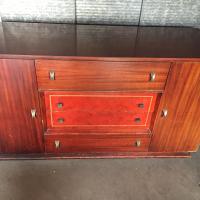 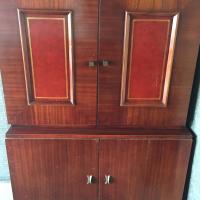 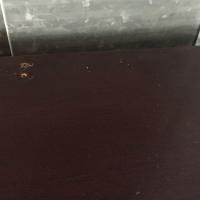 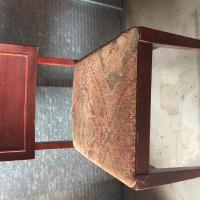 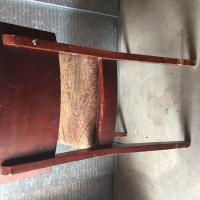 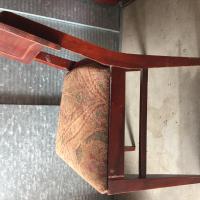 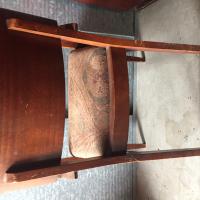 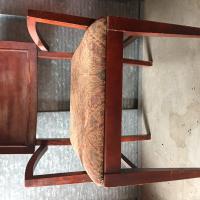 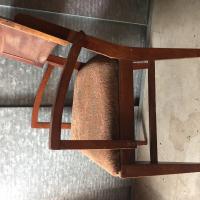 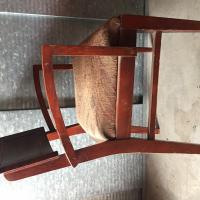 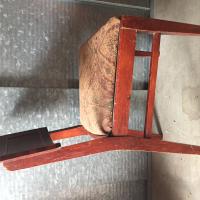 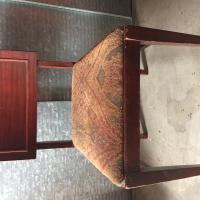 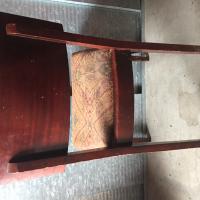 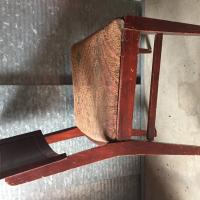 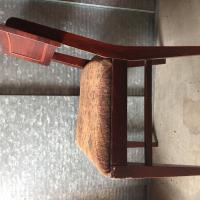 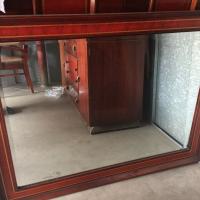 I inherited this dining room suite and would like to know more about it, including its value.

The suite was purchased by my grandparents in the mid-to-late 1960s. I believe it is red mahogany (per a family member) or a cherry-glazed wood with inlay. This suite was used almost daily, and it shows. I’ve included pictures of three of the chairs that have the most wear.

I cannot locate a manufacturer stamp, only “D.755-110 MAH”. Any help and input would be greatly appreciated. Thank you!

Appraiser's Description:
One Mahogany Veneer Mid Century Modern Dining Suite
Appraiser's Remarks:
Suits like this typically date from the late 1950's through the mid 1960's, the design itself being inspired by Danish Modern pieces that appeared in the 1940's. The popularity of the style led to mass production in the USA, with many companies not marking their pieces with anything other than style and finish numbers. Sometimes a paper label would be attached, but were removed after the sale or have simple fallen off with the passage of time. Without a company stamp it's almost impossible to determine a maker. Values for these set depends a great deal on their condition, sets like this in need of refinishing sell most often at auction, where they tend to sell for under $600.00
Estimated Value:
$300.00- $600.00