I have a unique patterned (non basket weave, which is apparently the common albeit still rare version) porcelain toaster from the 1930s (I believe). It is in impeccable, mint condition although it is missing its cord. There is a floral design on the side, two handles, it has prongs at the bottom on one side, a settings knob, and a push up lever. I also have the matching percolator with the same floral design that is in excellent condition. It is hard to find information on how much this might be worth. I have only found a few that have been sold. They were the “basket weave” variety and sold for several hundred dollars. I was assuming this was around the value of mine. I then found one that sold for $1400. Then I stumbled upon a toaster collection website. It had one that looked very similar to mine and it specifically stated they had paid over $2500 for it!!  They said they had never seen one with that particular pattern, only basket weave. Does anyone know if I have something of high value here?  Should I take it to be sold properly? What exactly does that even mean and where would I begin to start with that process?  Thanks!

You might try emailing this person Joe Lukach [email protected] with your info. He’s a toaster collector and if he’s still around could probably help.

Thank you so much! I will do just that. Information is almost non existent and random. I did find a Porceleir collector book that I might break down and buy if its not too much. I will try to contact this person first as I hate to buy an entire book for a single item. Thanks again!

If you are able to connect with Joe Lukach you should update this post with what you find out.

History
I believe this is my great grandmothers toaster and percolator. My mother recently passed away unexpectedly and I inherited her home. It was built in 1920 by her grandparents. My grandfather was born and raised here. When my great grandmother died in 1978, my grandparents purchased the house and the land from the estate. They renovated the home and lived here until they died in 2010 and 2013 respectively. My mother then moved in and now, here I am. This toaster has been in the top of my grandmothers closet since 1978 I suppose. I could be wrong about the original owners but the dates fit as well as the fact my great grandparents were considered to have a little wealth. This was depression era in Northern MS. They were not millionaires by any means but they had land and cattle and a nice home. Compared to my grandmother down the road, one out of 11 children being raised by their widowed mother, they might as well have been. My grandmother liked her birthday being Christmas Day as she was the only child who got a birthday cake. Couldn’t afford to make 12 cakes a year, only one special one on Christmas Day. So a porcelain percolator and toaster set seems a bit out of their budget. I imagine it was left in the house because none of the other siblings wanted/needed it. When my grandparents moved in, my grandmother stored it away like she did so many things and it is still in pristine condition all these years later.
Photos 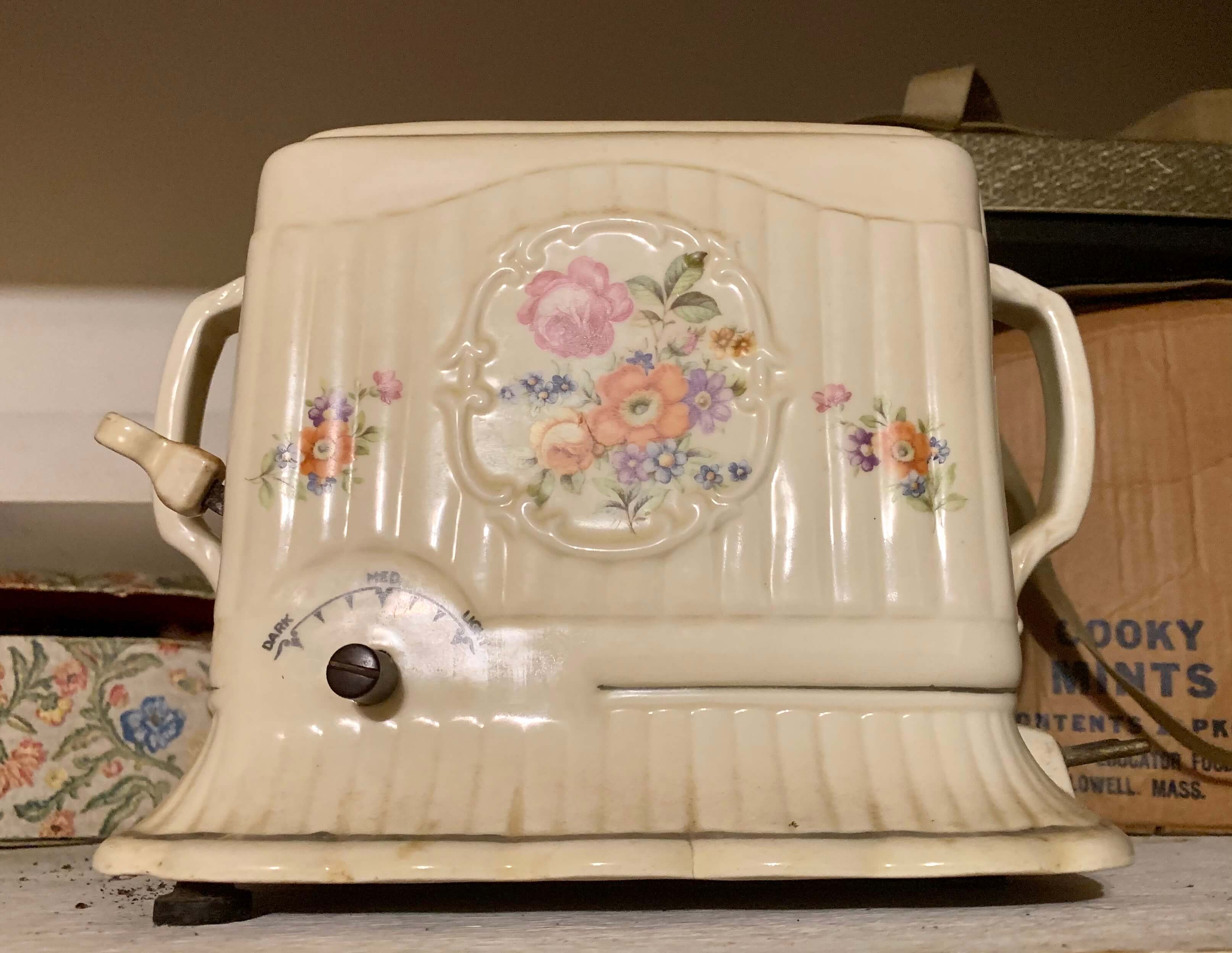 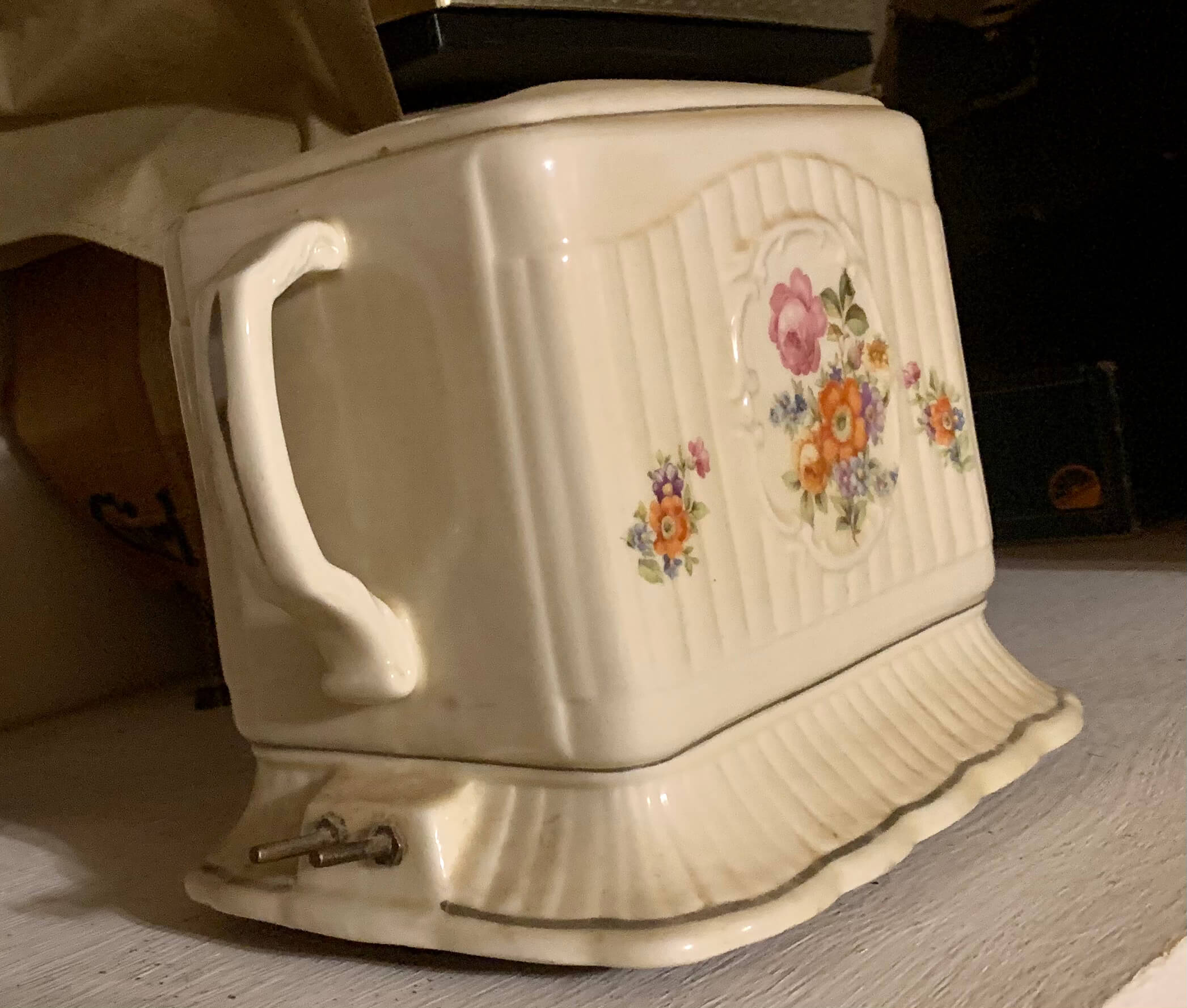 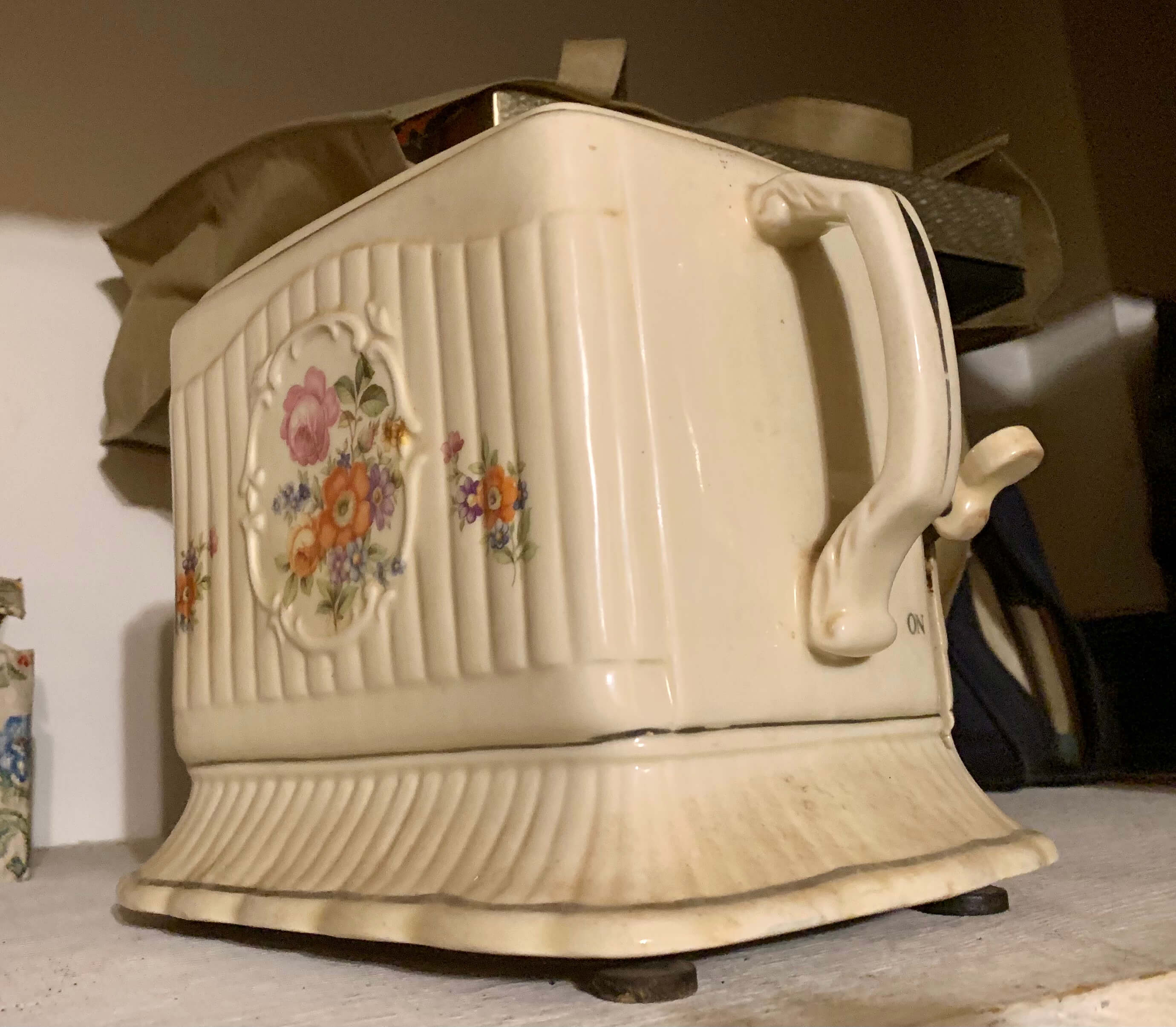 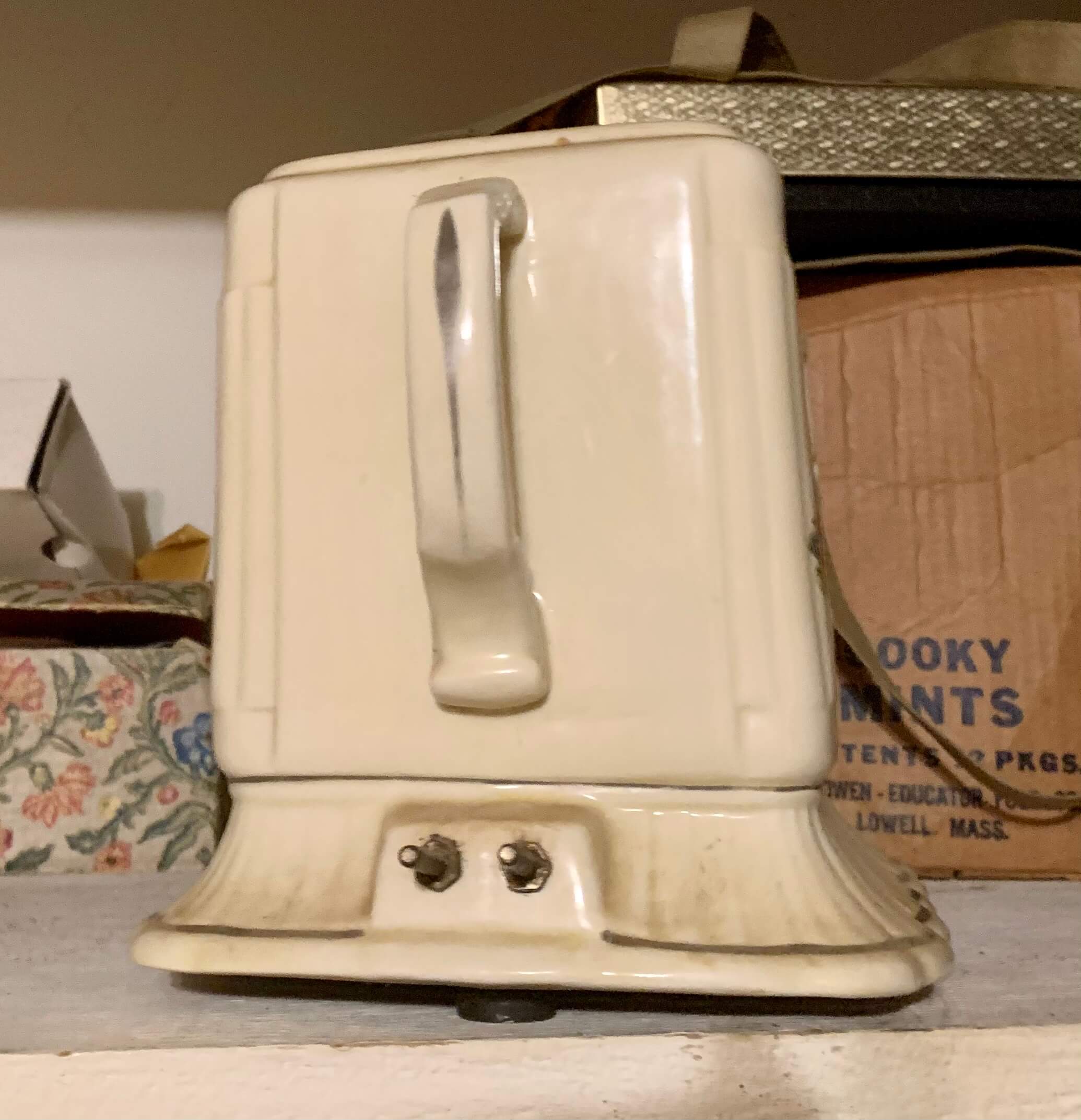 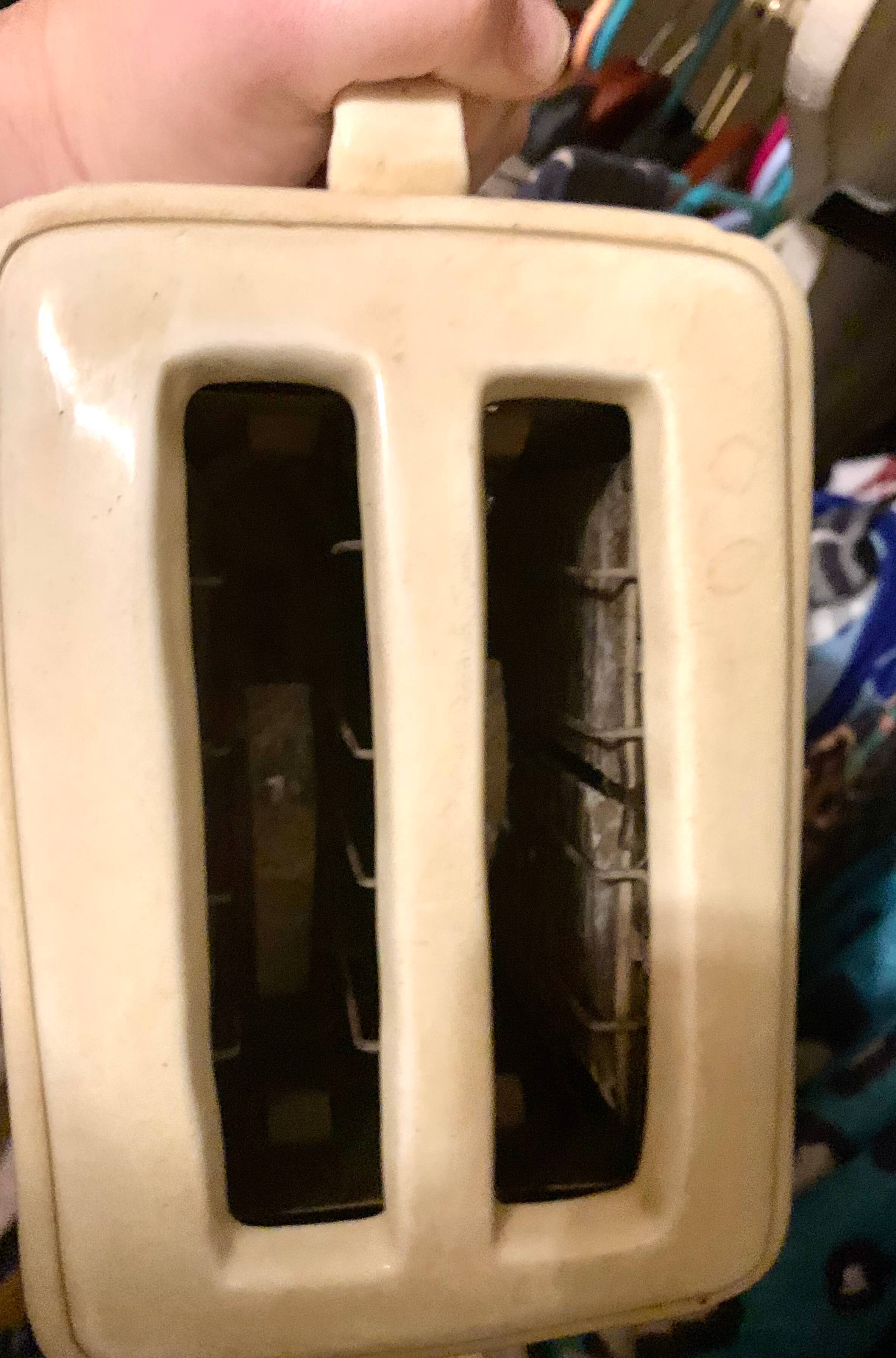 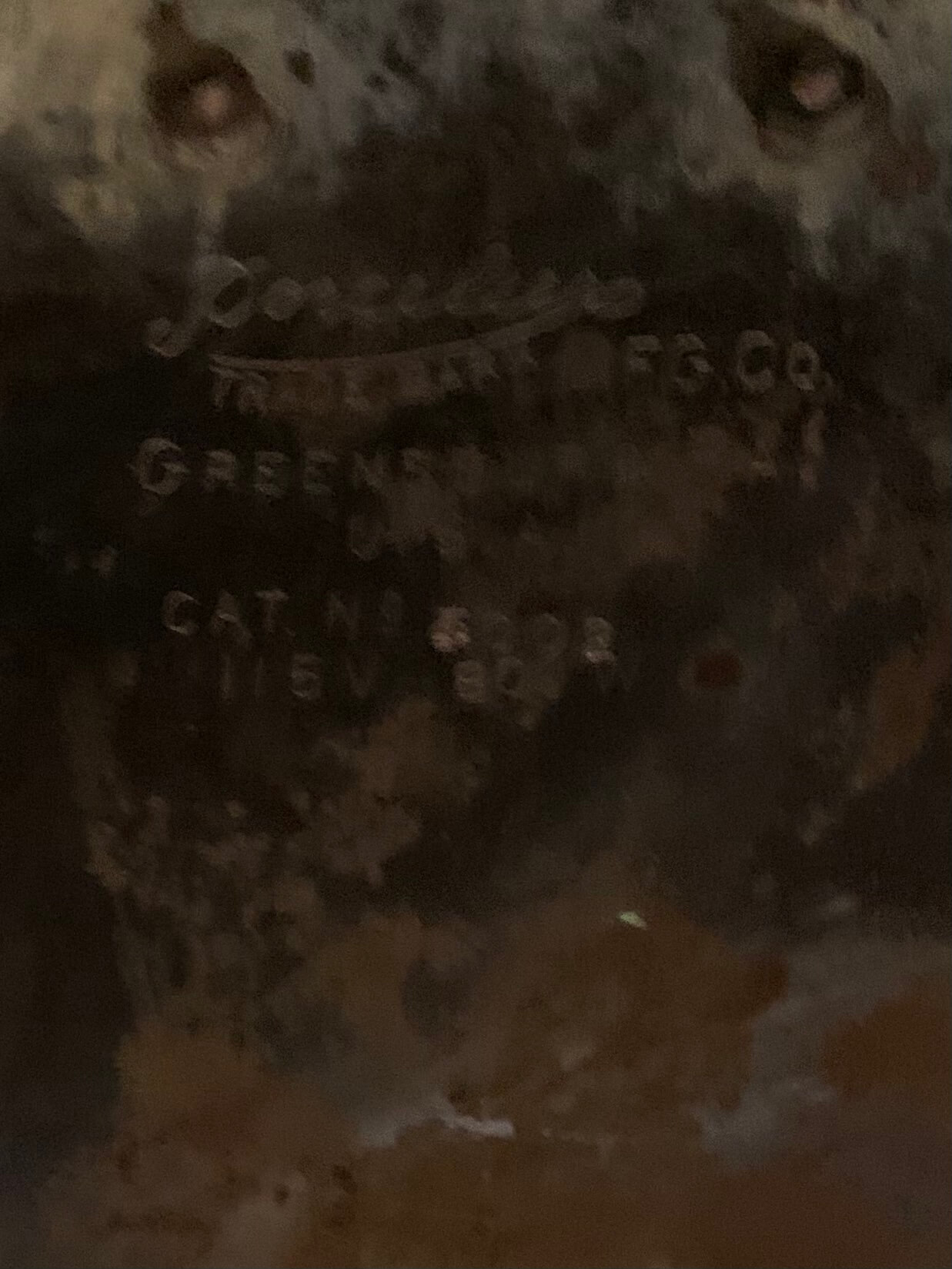 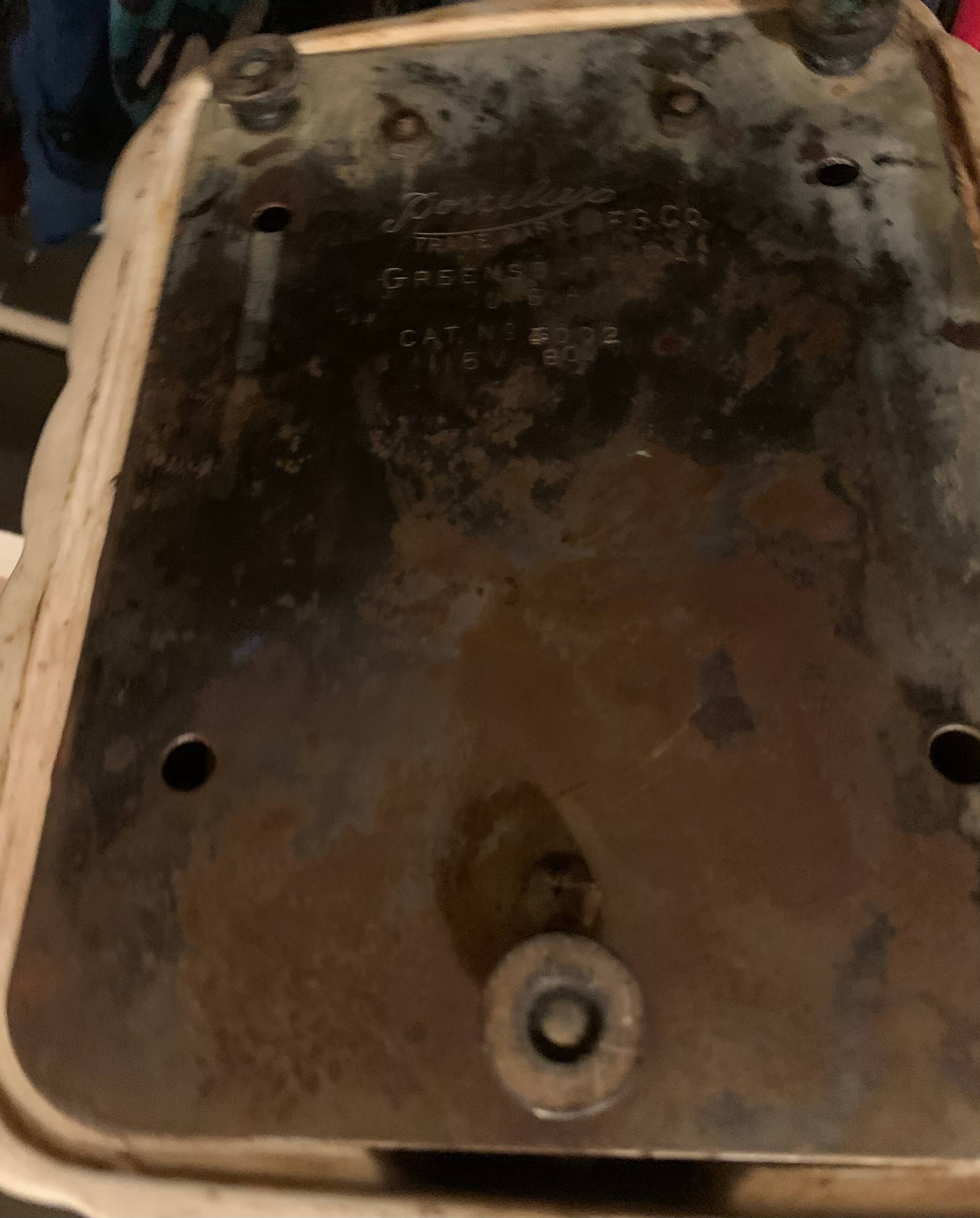 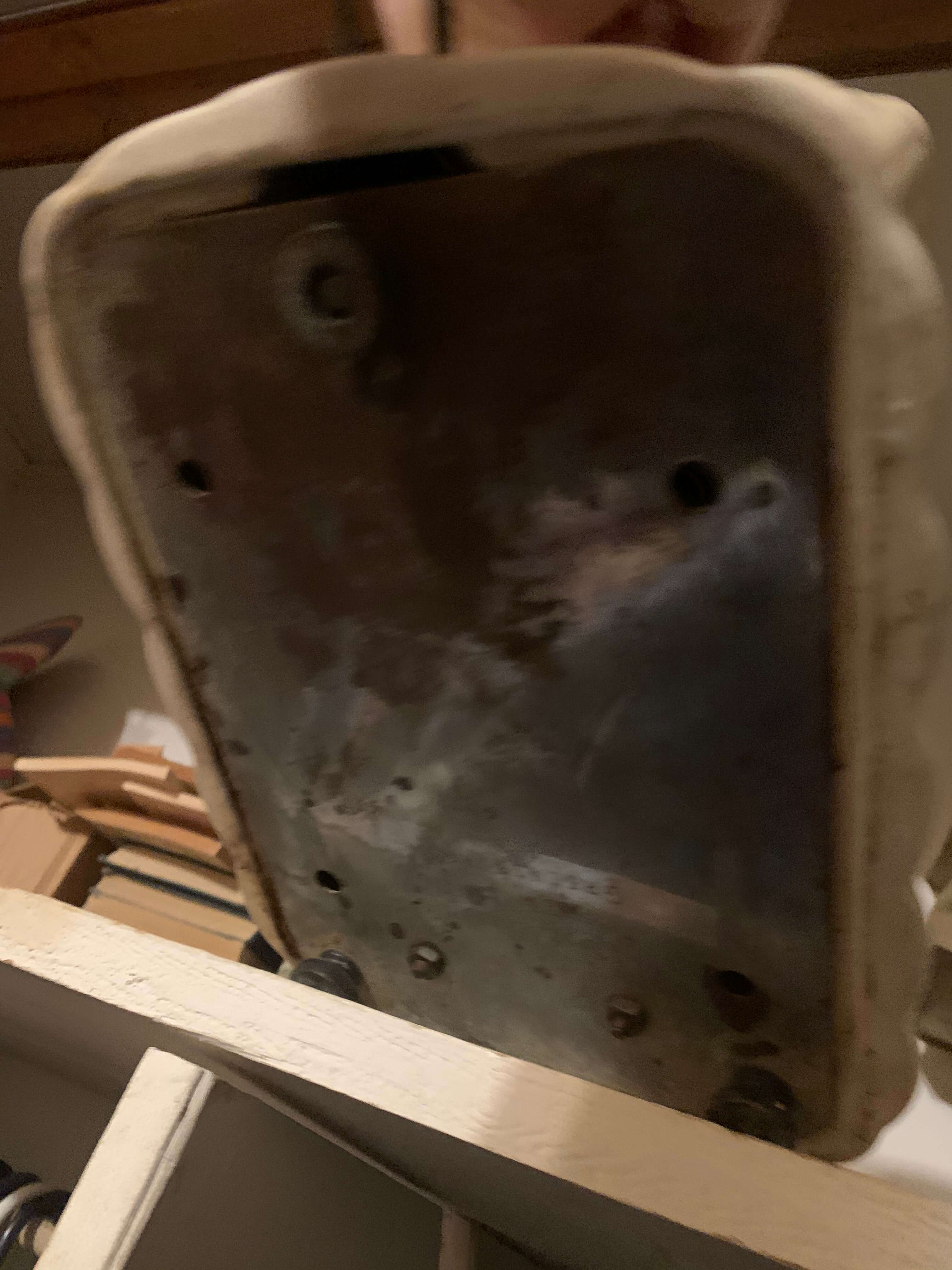 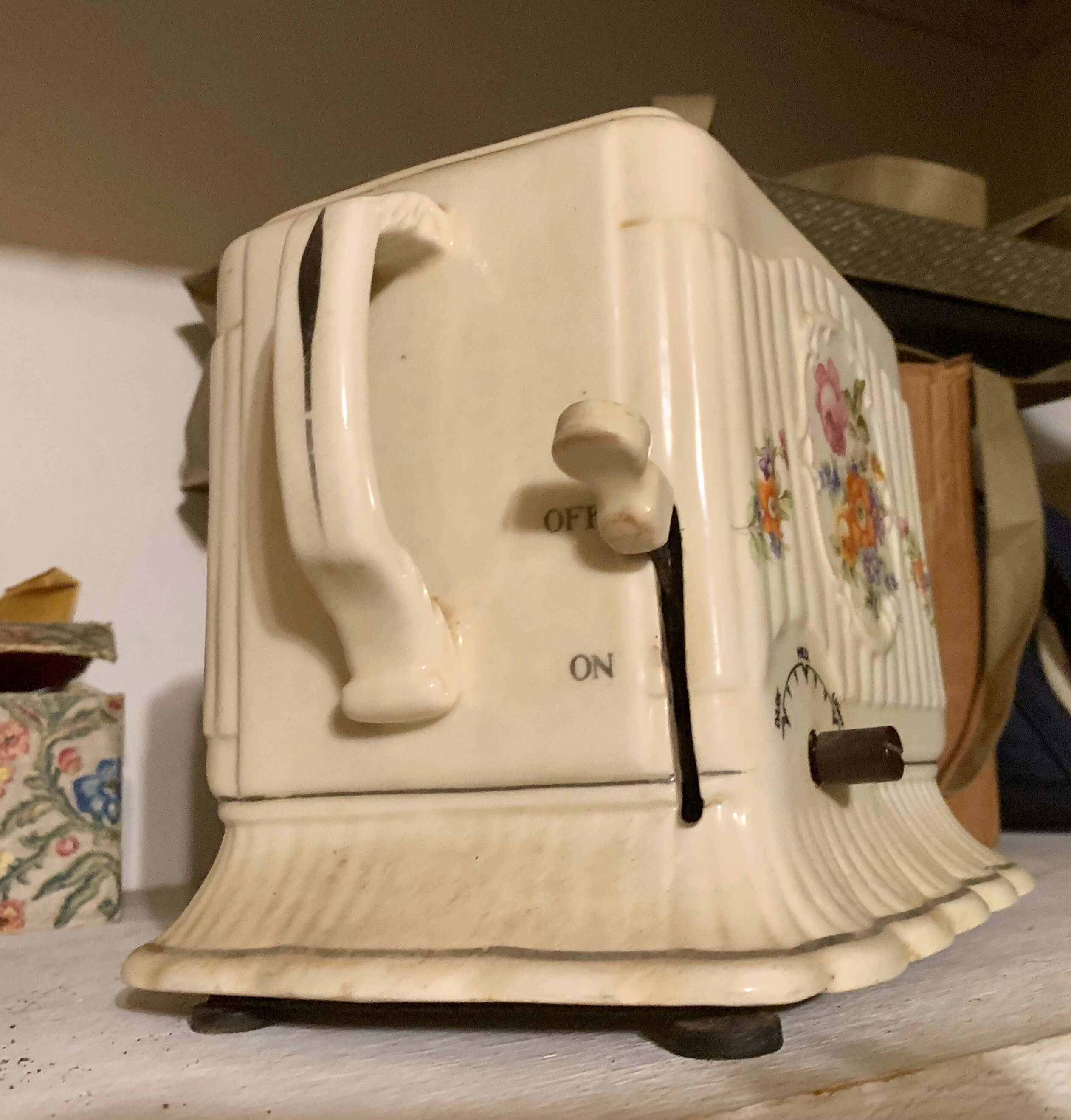