I have a 'chippendale' sofa I inherited from my mother. She bought it at an antique store in Mississippi in the 1960s. I've been told that it is not a chippendale sofa -- because it has 'wings' and no 18th Century chippendale has wings or guilding for that matter. Anyway, I don't know if it is a 20th Century reproduction or something earlier which is not Chippendale. I'll enclose photos. When you get underneath the leg joints that have joining parts are pegged. It needs work, which I will get done. But I want to know what to spend based on what it is. And I also don't want to get any work done that would diminish its value, e.g., I don't know what to do with the gold guilding that is flaking off.

Thanks for any information

History
Bought in 1960 as a chippendale antique sofa
Photos 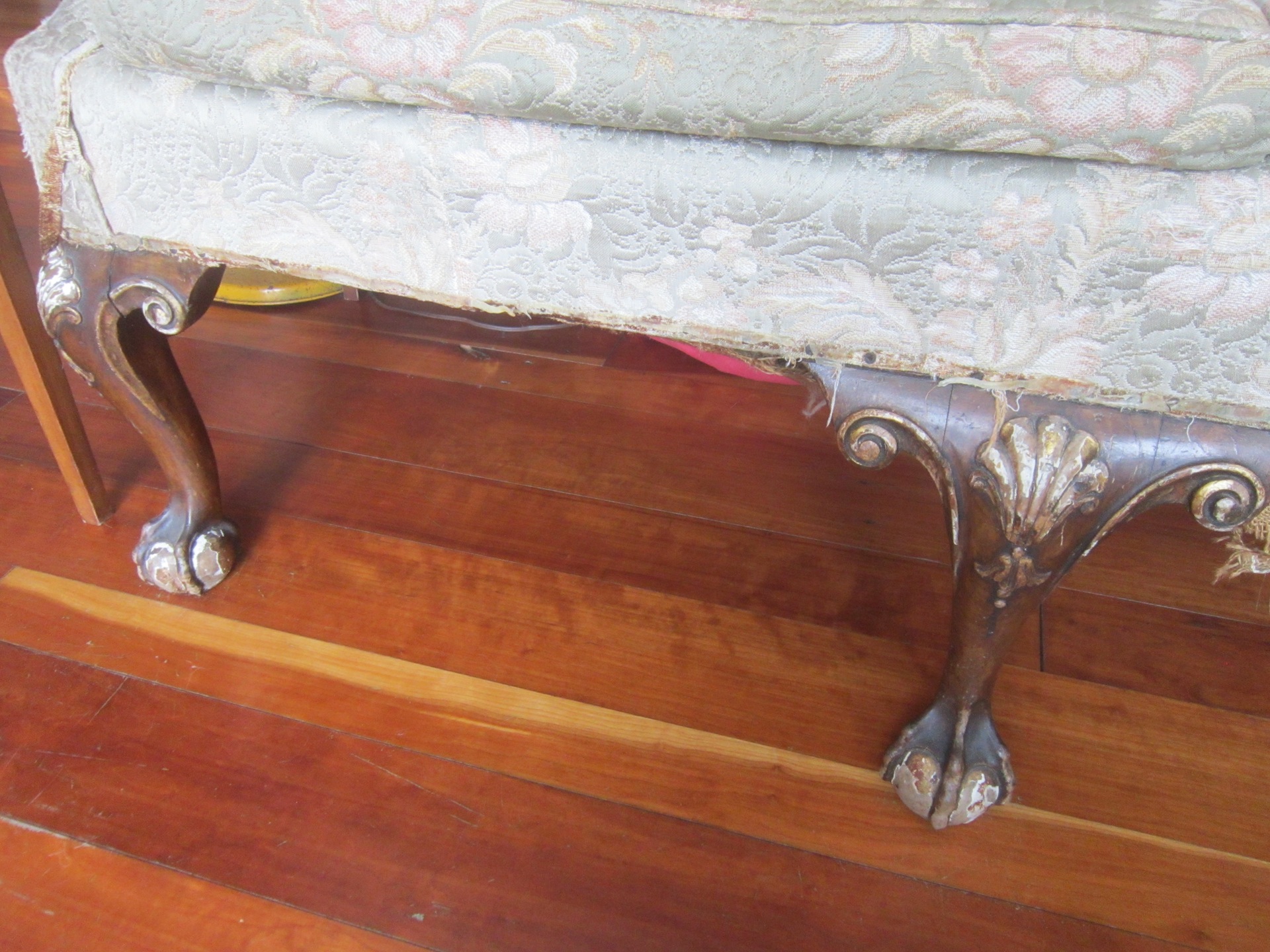 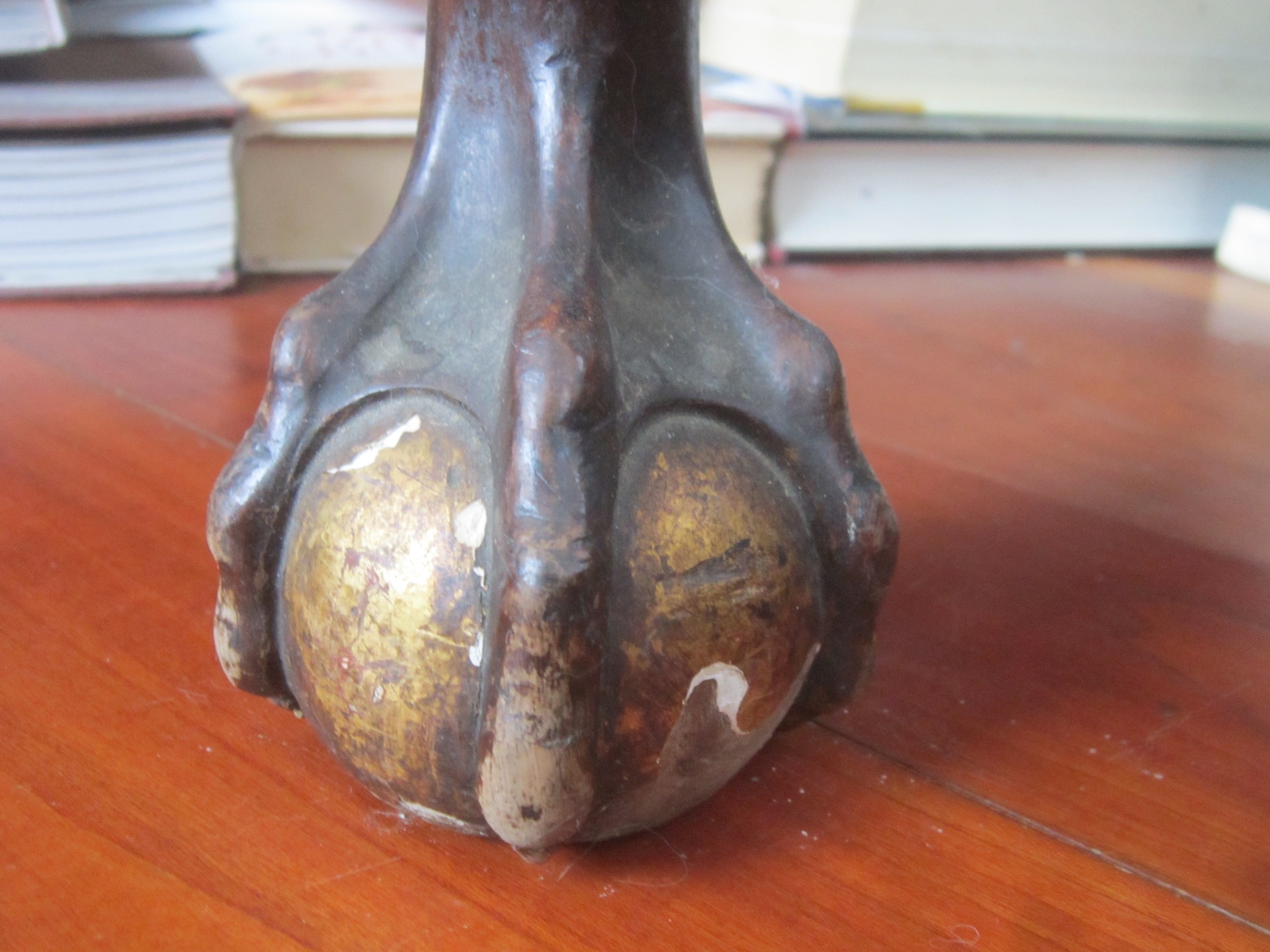 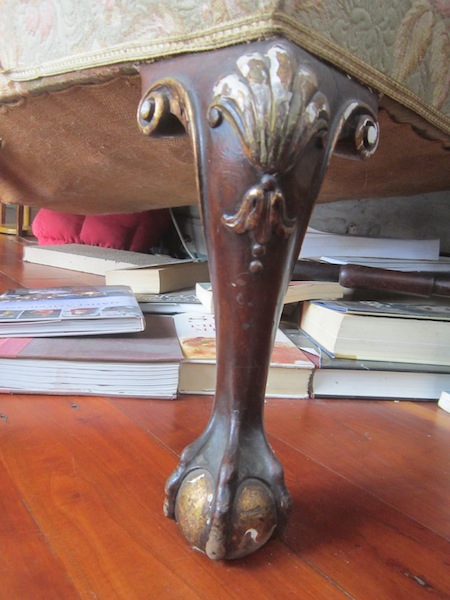 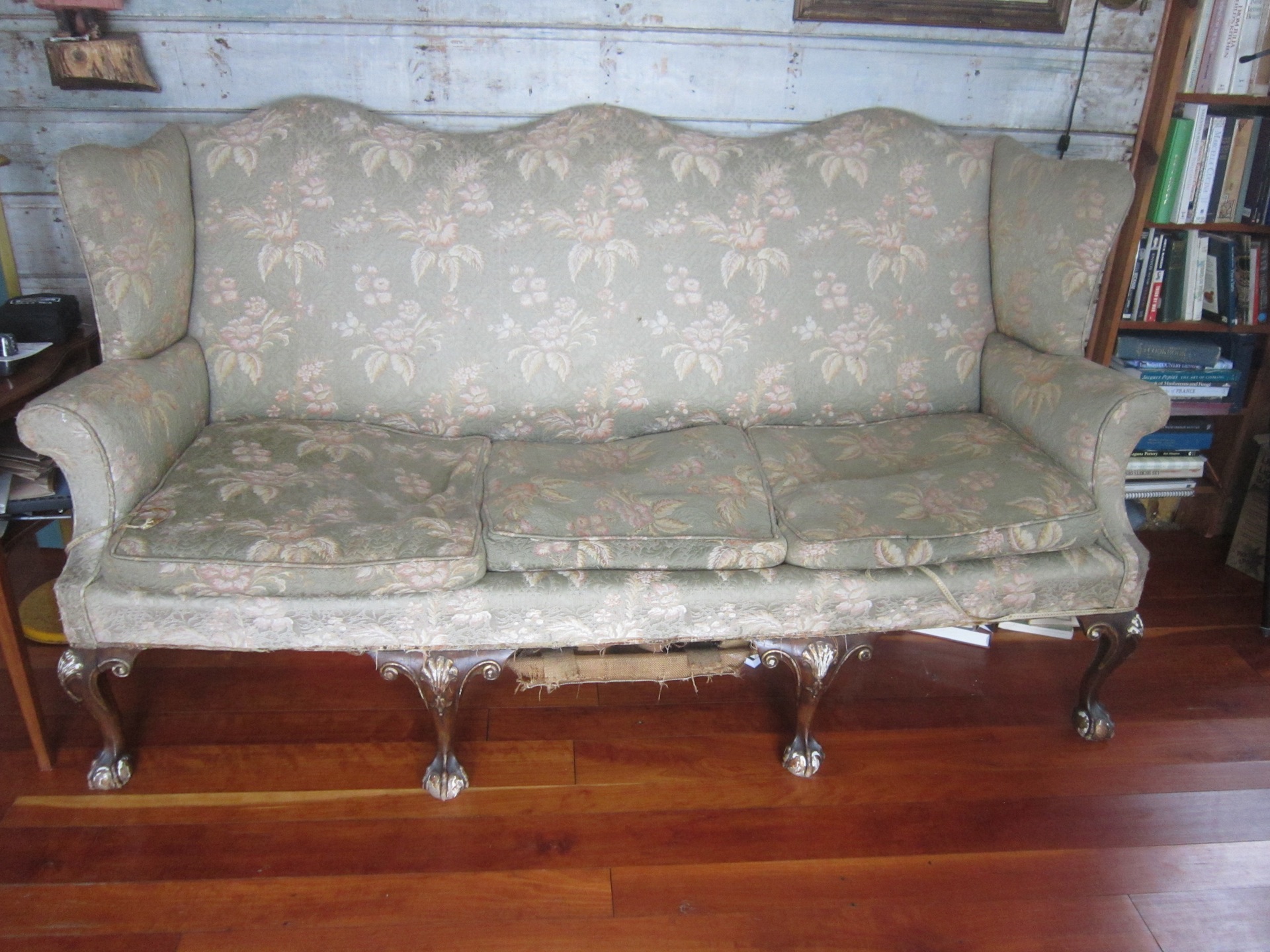