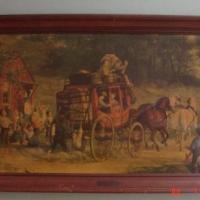 My great aunt has recently left me her house and what I have found buried away is simply amazing. I possess the Metropolitan Fashion cataloge from 1896 spring and summer from The Butterick Publishing Company. The price printed is over the counter 20 cents, or 30 cents by mail. I believe it to be one of the large desk copies since it is 15" by 18" long. Every page is completely ledigable and intact, there are two pages with a tear on the outside of the page about 2 inches in length and one page with a tear half way to the inside of the page, but under no circustance torn to the binding or misleading to the reader. Most of the pattern numbers are around the 8000's It's a beautiful piece of history even with the ware on the binding, which does not include any tears....the original staples are still in place! There is a front and back cover with 122 pages inbetween.  On the back cover an ad for Pears' soap covers the page.My email is [email protected] and my name is Heather (Pittsburgh, Pennslyvania).              Front cover of the cataloge                                       Price stamp from Butterick            Example of Legibility of each page.                         Back cover...Ad for Pears' Soap. 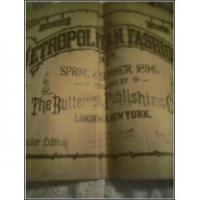 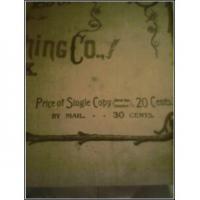 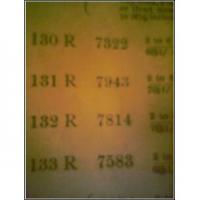 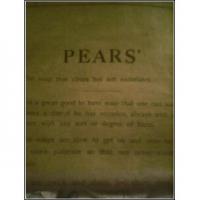 Maple dining room table 42x58 without and leaves.  It has 3 leaves.  The two captain chairs have upholstered seats as do the 4 side chairs.  They have been reupholstered several times due to food spills from use.  Golden reddish finish.  The top needs to be refinishe, a pumpkin drew moisture and marred it.  I haven't taken any pictures yet.  It's very sturdy.

HERE IS A PICTURE

Overmantle with mirror and pictures

The overmantle was above the fireplace of our c1940 house when we bought it but was not part of the original home. (It was sitting on the mantle piece and held there with a bent nail) but had obviously been there for many years.

Previous occupants were European immigrants (now deceased) and it may have been added by them.

It is made of a light weight wood which appears to have been decorated with ornate timber mouldings.

The mantle has a picture at either end of similar european country scenes and a bevelled diamond shaped mirror in the centre. There is a narrow shelf running along the top edge supported by ornate timber brackets.

The back is covered with tar paper which has been partially torn. What looks like staples holding the backings of the pictures under the tar paper is actually small metal pieces like very old, flattened, headless nails. 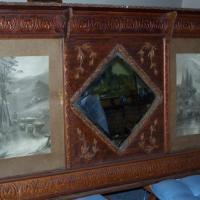 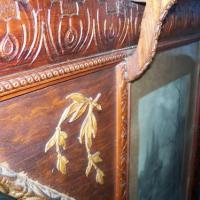 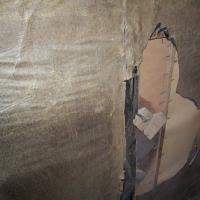